1st Choice Inspection Services use thermal imaging during the course of a typical inspection to further investigate areas that are providing the inspector some clues that there may be a problem such as a cracked foundation hiding behind finished walls in the basement or a leaking pipe inside a wall.  We do not however carry out a complete scan of the home unless this service has been chosen as an option at the time of booking.

Don’t be fooled by Inspection companies that claim to include thermal imaging at no cost, this is a marketing ploy to appear to be offering something for nothing.  Unless they are scanning every exterior wall, all ceilings, the perimeter foundation and the electrical panel, analysing and documenting the findings in a separate report with photos they are not providing this service.  Conducting a proper thermal imaging of the structure takes costly equipment, training and a considerable amount of time and effort.  For this reason it must be a priced service. It is worth the extra cost to ensure you getting the most information to make educated decision about your real estate purchase.

Thermal imaging can catch the things that are hidden from the naked eye.  For example the photo below does not show any exterior signs of water ingress (staining or wetness to the touch) however the thermal image clearly shows the moisture lurking below the surface. The scan on the right shows areas where insulation is missing in the wall, which will cause cold spots in the home or areas where condensation will form on the walls in winter. 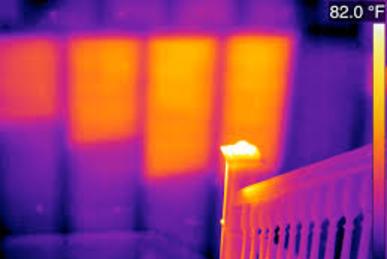 Thermal imaging is a method of detecting an objects' infrared radiation and creating an image based on that information.

All objects emit infrared energy (heat) as a function of their temperature. The infrared energy emitted by an object is known as its heat signature.  In general, the hotter an object is, the more radiation it emits. A thermal imager (also known as a thermal camera) is essentially a heat sensor that is capable of detecting tiny differences in temperature. The device collects the infrared radiation from objects in the scene and creates an electronic image based on information about the temperature differences. Because objects are rarely precisely the same temperature as other objects around them, a thermal camera can detect them and they will appear as distinct in a thermal image. 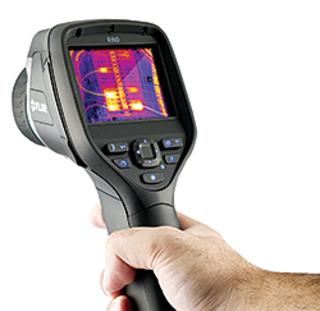 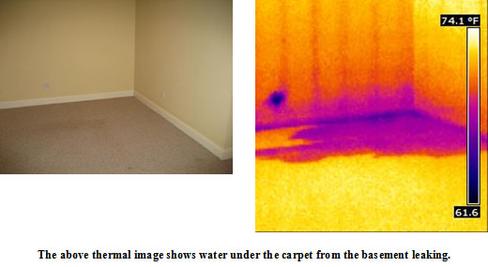